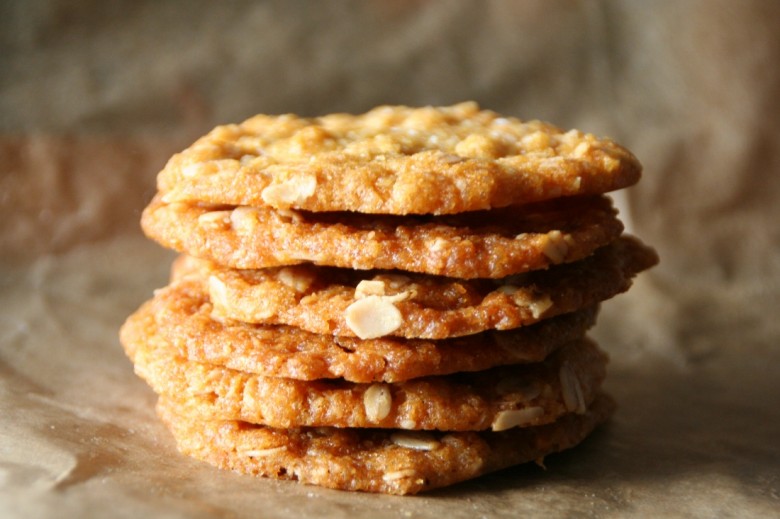 My mom made these cookies every once and a blue moon, but they always stayed with me. They are one of my favorites cookies. They just have this perfect crunchiness to them that comes from the golden syrup combined with oats and coconut. I got the idea to make them at Christmas time as part of a “Gift Goodie Box” because they transport very well. ANZAC stands for Australian and New Zealand Army Corps, which were established during World War I. The soldiers were known as ANZACS and these cookies were sent by the wives to the ANZACS serving overseas, thus the cookies became known as ANZAC Biscuits.

A special ingredient that is in ANZAC biscuits is golden syrup. It was a little bit of a challenge at first to find Golden Syrup here in Germany. In the end, I found Lyle’s Golden Syrup in The English Shop in Cologne. In the US, I usually found Golden Syrup at Central Market (a more gourmet supermarket), but it can also be found here or here.

Here is the ANZAC Biscuits recipe that I used. 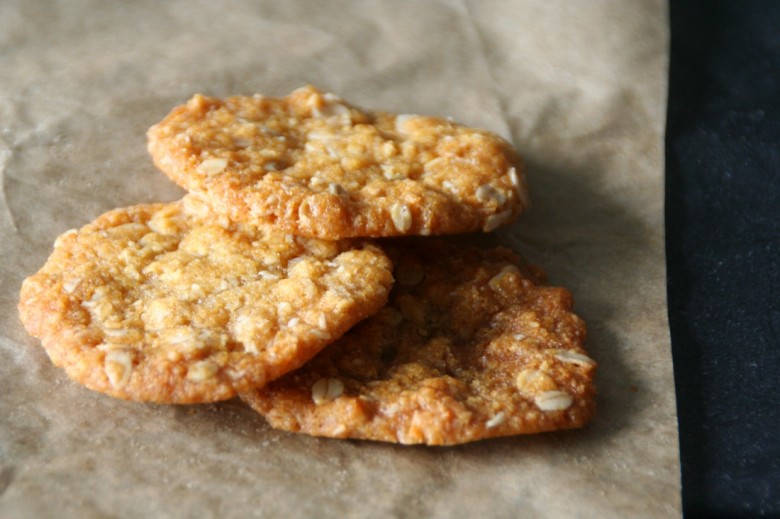